MIDTOWN, ATLANTA — Four friends sharing a house in the gay-friendly, upwardly mobile area of downtown Atlanta contend with love and life and drama in this entertaining book by popular blogger Alix B. Golden.

You should know Golden from A Brown Girl Gone Gay (and if you haven’t, you should). There, she writes about her Southern lesbian lifestyle with humor and flair, and her first novel is no different.

Midtown follows four lesbians under one roof, so you know that means — drama.

But not in a scandalous way (well, a little scandal). Ed, Ash, Ki and Brie became best friends while attending Florida A&M University, better known as FAMU, who got into plenty of mischief at the school.

Now as cohabitating adults, the four are living, working, and sleeping together (literally and figuratively). That’s where the drama comes in.

Ed can’t stop her woman, Taylor, from being unfaithful, despite giving her a manager’s position in her bookstore.  Ki and Brie can’t seem to settle down and find the right women, but decide to gain a cuddle buddy in each other. Rounding out the crew is Ash, the straight friend, back into town and ready to declare her newfound sexuality, and hopes they accept her.

Between these women is an unbreakable friendship, but their romantic connections are definitely complicated.

Golden’s Midtown is a crazy ride in a fast car — in a good way. The characters are appealing, and feel like women you might have known during your undergrad years — and you’d still hang out with them now. 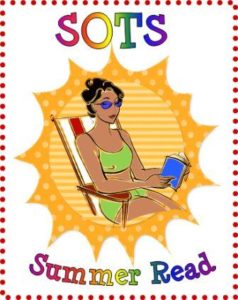 Could it get any hotter? Summer is definitely here, and Sistahs on the Shelf provides you a few books to pick up during these sweltering months. Whether you’re on vacation or having a staycation, these novels will help you pass the time away. Click the graphic above to peruse our Sistahs Sizzlin’ Reads for books to fill your summer.