Karmic retribution allows the universe to make things happen the way the world intended. Yet we still have some control over our destiny, to shape the future based on our experiences and goals. C. D. Kirven’s debut novel, WHAT GOES AROUND COMES BACK AROUND, builds on this premise as we follow the coming of age of Kingsley Ross.

As the novel begins, Kingsley can be best described as passive, a 14-year-old girl who believes her grandmother’s words of what goes around comes around. She and her best friend, Tanya, spend their days doing typical teenage mischief, which returns to bite her in the ass. When it comes to getting what she wants, Kingsley doesn’t aggressively pursue her desires, and by adulthood, she’s living with glimmers of regrets.

One decision she laments is not allowing herself to fall in love. Uncomfortable with her blossoming lesbian tendencies, Kingsley fails to pursue a relationship with a woman she meets through a set-up, the drop-dead gorgeous Emery, who has the swagger to make Kingsley swoon despite her trepidation of being with a woman. They spend a glorious night together, leaving Kingsley more confused than ever. When Kingsley sees her months later – with another woman – it devastates her that she never told Emery how she felt. She let her fears prevent her from the love she could have had.

Seeing Emery moving on with her life, Kinsley vows to take charge of her own, experiencing everything the world has to offer. It helps her to see things clearly, to see that she was living by other’s standards – her family, society – instead of her own.

“I realized that all this time I had been thinking that I was no one on my own but everything with someone else. This was a lie that became my way of life. I am everything now…”

Nominated for a Lambda Literary Award, What Goes Around Comes Back Around captures a woman’s passage to herself. Through Kirven’s writing, it’s refreshing to see Kingsley grow from her antics as a teenager to a woman of her own. The transformation, described in colorful detail, is engrossing on many levels: Kingsley becoming an adult, accepting her sexuality, and discovering herself. Kirven allows you to take the ride with her character, and while a little bumpy, it leads to a place of self-fulfillment and love.

Stories ranging from sex club escapades and naughty housewives get you going, but don’t take you too far over the edge. Still there are some tales that manage to titillate your senses and stand out from the rest.

“The Namar’s Nectar” is one in particular, a novella about two women wondering what gifts lie within the queen to make the men of their village line up in droves; the pair yearn to experience the secret for themselves. Then in “Caged,” an inmate recounts the crime of passion that landed her in prison while discovering a new passion behind bars.

Purple Panties II also has its share of bad girls – some you might not see coming. “It’s All the Same” sees a pampered princess getting everything she wants from her stud prince, while “Bad Behavior” sees a bridesmaid making good use of her hideous dress…on the floor.

Other stories involve threesomes of both the all-women variety, and, surprisingly, the two-woman-one-man type. And there’s a tale involving a fetish one might not expect.

As usual, the best story is saved for last with Zane’s “The Flipper,” where a woman with an unusual occupation gets herself stuck between two women. If they only knew what she does for a living…

Overall, Purple Panties II is tasty in some parts, a little bland in others. It’s doesn’t stray too far from the mold of the original book, so if you liked the first pair of Panties, you’ll like this installment. It gets the job done, so to speak, and that’s never a bad thing.

When love is new, it’s passionate, exciting and full of promise; the days are sweeter, the sex is abundant. When love goes sour, the hope of happily ever after evaporates, leaving an empty shell of what could have been.

This is the predicament of Sasha Lewis, the loyal protagonist of Renee Bess’ third novel, RE:BUILDING SASHA. At first captivated by the fiery nature of her lover, Lee Simpson, Sasha finds her four-year relationship becoming combustible. Lee is a jealous, controlling lover who berates Sasha to the point of insanity. The abuse and neglect at Lee’s hands wounds Sasha, yet makes her try harder to accommodate Lee’s extreme mood swings.

The mistreatment has also made Sasha push everyone out of her life, including lifelong friends. The only area it doesn’t affect is her work at Whittingham Builders, her sanctuary from Lee’s wrath. It’s where Sasha takes pride in being the manager of a successful construction firm, overseeing the building of houses to completion. One such project involves Avery Sloan, an attractive new client Sasha’s company takes on, rehabbing a group home for the non-profit Avery operates.

It’s not Sasha and Avery’s first encounter, previously meeting by chance on a business flight. Now paired on a professional level, the two are drawn together, but that’s where it ends for Sasha. Though there’s an attraction to Avery, Sasha remains devoted to Lee – and her hesitancy may cost her the chance to experience love without fear of what her partner may do next.

Bess is in fine form with Re:Building Sasha, a multi-dimensional story with well-drawn characters. Sasha and Avery’s romance is smoldering, burning into something that could be deeper and satisfying. What’s compelling about Re:Building is Sasha’s pain felt through Bess’ superb writing, where you both hurt and root for her.

Bottom line: Bess shows you the rebuilding of woman ready for genuine love. 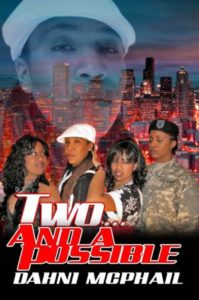