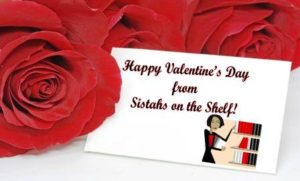 Dana Rutherford knows her husband’s been craving to see her be pleasured by another woman. And even though their sex is as good as it gets, she indulges him this one fantasy. Dana, as beautiful and voluptuous as she is, recognizes that a little spice in their love life will keep him satisfied and looking no further.

So Dana concedes and offers Jonathan this proposition: engage in a ménage à trois with Crystina, an extremely sexy lesbian at his workplace.

Because Jonathan sings Crystina’s praises to his wife at home, Dana deduces that he finds her attractive, as well, so she sets up a meeting between the three. She just hopes it doesn’t blow up in her face – considering the fact Jonathan is Crystina’s boss.  Also causing distress is the fact that the usually demure Dana is a lot more excited about being seduced by a woman than she ever thought she would be.

What goes down tonight could be anyone’s guess.

Dillard is sensual in her portrayal of the heat between both the husband and wife, but most especially between the two women. Dana and Crystina’s obvious connection is honestly the best part of the story; I could have used more of that. But if you want a book that gets it down and dirty, Dillard’s Menagerie worth checking out. 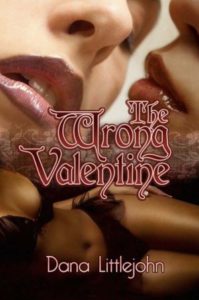 When you’re faced with spending Valentine’s Day alone, what’s a girl to do? If you’re Shaunte in THE WRONG VALENTINE, you’ll cook a nice dinner, take a long shower and pamper your body in an effort to feel special.

That’s Shaunte’s plan in this diminutive e-book written by romance author Dana Littlejohn portraying a woman’s night alone on lover’s day. But Shante isn’t too pressed about it. She’s had her share of heartache, and a recent relocation to New York helped her get through the hurt.

However, in the midst of Shaunte’s date with herself, she receives a womanly surprise that changes the course of her night and allows her to truly enjoy the holiday.

10 Tips to a Sexy Valentine’s Day According to Ms. Erotica

1. Make it special for you and your lady only.  Get a nice room and make it romantic! Sprinkle rose petals around the room and bed, have slow romantic music flowing from the CD player you brought, have the wine chilled and chocolate strawberries ready. Turn the cell phones off and enjoy each other.

2. Take the kids over to Grandma’s, and cook a romantic dinner for your sexy lady. Serve her wearing your new sexy pajamas or lingerie.

4. Take your lady to a club that has an open mic and read a romantic letter that you wrote about what she means to you. When you get home, it’s ON!

5. Every girl loves diamonds! Take her to dinner, and then present her with the diamonds.

7. Re-discover how you became a couple! Do the things you did on your first date. Remember and do the things that made you laugh, get excited, and lust for each other.

8. Sit on a blanket naked in front of your fireplace with lots of goodies (toys, ice, chocolate syrup, whip cream, etc.), then put on blindfolds and have a ball  pouring, licking, touching, kissing, rubbing it off each other. After that, it gets even hotter in the shower.

9. You may always say YOU LOVE HER!…NOW, SHOW HER THAT YOU LOVE HER! Do something from the heart. Something that made you think!  You and your lady could write a poem about each other, then go to a picture frame shop and build your frame. After a quiet dinner, present it to each other and hang it on the wall.

10. For long distance relationships, send your lady some flowers, a big stuffed teddy bear, chocolate and a gift certificate to a spa to get a relaxing massage!

Happy Valentine’s Day to you ALL!

Ms. Erotica is the author of the erotica collection of short stories, Kiss! Kiss! Keep It Wet! and click here to read the review. Learn more about Ms. Erotica in her Meet This Sistah interview.