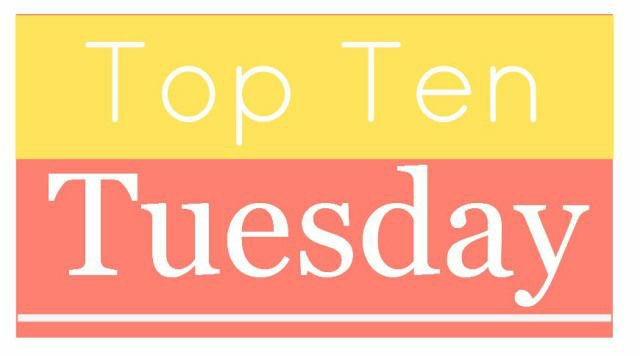 Top Ten Tuesday is an original feature/weekly meme hosted at The Broke and the Bookish.

This year has been one of the best for me at Sistahs on the Shelf.

I’ve met some great people. And I’ve branched out and tried some ideas that I’m definitely carrying into the new year.

Most importantly, I’ve read some fabulous books – both of the lesbian and the mainstream variety. These are truly my favorites, though. Browse through my garden of good and lovelies, shall you?

Descendants of Hagar by Nik Nicholson

I finished reading this book only a couple of weeks ago, and just like that it became my favorite book of 2013. Why? Because of Madelyn “Linny” Remington, the main character of Nicholson’s novel about a 1914 woman who doesn’t follow the strict conventions of her time. She can match wits and strength with any man, but knows being a woman is her greatest asset. Even as ladies in her Georgia town of Zion can’t vote unless through a man, Linny strives to make her voice heard. But the book goes even deeper. Hands down, Hagar has the best characterization I’ve seen in a novel this year. Look for a review of Hagar very soon.

What more can I say about a beloved series that has come to a close? That Skyy needs to write more books, that’s what. Full Circle, this final novel starring Denise, Lena, Cooley and Carmen, said everything that needed to be said by the last page. Hearts were broken, truths were told, and love brought people together. If you haven’t read any of the Choices series, please get on that.

I am Your Sister 2 by Ericka K. F. Simpson

Just as intense is Simpson’s I Am Your Sister 2, with Symone Holmes undergoing painful flashbacks while finally achieving her dream as a WNBA player. Her growing pains from the previous novel are testaments to Simpson’s talent, tying religion, sports, sexuality and love.

On the Come Up by Hannah Weyer

AnnMarie Walker simply could have been product of her public housing upbringing. Yet there was so much more to AnnMarie than her surroundings, a fact beautifully drawn by filmmaker Weyer in On the Come Up, a novel based on a true story. Pregnant at 13, she’s no one’s victim. AnnMarie is engaging, smart, and endearing. She becomes a movie star, falls in love, and charts her path – and we know she’ll be all right. Not a book for everyone (but it should be), On the Come Up has a unique voice.

Ascension was an out-of-the-box read for me, considering I don’t read a lot of science fiction. But Koyanagi endeared me to the story of Alana Quick, a dreadlocked sky surgeon in Heliodor City on the planet Orpim. Her life is fixing space ships with her Aunt Lai, barely getting by, and coping with debilitating illness. She gets aboard a stranded vessel, and goes on a wild ride with her ragtag crew. I was enamored by the space travel. This is the first in the Tangled Axiom series.

If You Could Be Mine by Sara Farizan

What is it about first love that allows us to see only roses and skip over the weeds? This is portrayed in If You Could Be Mine, a young adult romance set in Iran. I enjoyed it, mostly because I watched as Sahar genuinely laid her heart bare for her best friend. Everything she went through to prove this love – including a possible sex change operation – was what kept me reading. Sahar is a great character, and I really want to know what happens to her next (which means I want a sequel).

The EXchange by Nikki Rashan

What hot piece of drama this book was! Kyla – from Double Pleasure Double Pain and You Make Me Wanna – and her partner Asia decide to bring in a third party to spice up their dull relationship – and not in the way you think. It’s more like Kyla decides to date her ex while Asia waits for her to decide what she truly wants. A recipe for disaster, but also an entertaining, make-you-think-about-your-own-relationship read.

Turn Me Out by T. Ariez

After reading this e-book, I immediately had to interview this author. T. Ariez’s work about stud-on-stud love compelled me to explore her motivation for writing. This concluded in my first Interview & Review feature (which I will do more of in the coming year). Turn Me Out is a spicy book, and it managed to get a lot of people reading it and discovering Ariez as an author. I think she will have great things in store in 2014, as she’s been teasing about a new project on Facebook.

Hands down, one of the best sequels I read this year. I was so enthralled by the revolving narratives in Mann’s sequel to 30 Day Notice. All the character’s stories come together so seamlessly in the life of Kori Maitlin, whom we’re introduced to in Notice. Well done and fully absorbing.

The beauty is not necessarily in how the characters in Zedde’s latest book, Broken in Soft Places, treat each other, but in how Zedde deftly writes a novel that makes a deplorable character appealing. Rille can’t be contained by monogamy, much to the chagrin of Sara, but Zedde’s prose keeps you wanting to know what will happen to this couple next.

So tell me: What’s the best lesbian book you’ve read this year?