But it definitely won’t be my last because Harrell, whose Cream was a 2014 Lambda Literary Award finalist, truly proved her talents with a book surrounding the life of a character I loved and rooted for the entire way.

Cream is her stage name, a strip club performer with an androgynous appearance and a beautiful body. Dancing for men became a means to an end after being in a foster home after her parents’ abandonment. The first few pages introduce this past and her take-no-shit personality that serves her well as a stripper.

But it also gives credence to why she moves from city to city. Why she’s never befriended hardly anyone since her group home days. And why, even with the fights she’s had (and won), there’s still there’s an innocence about her.

Cream’s sexual naivety is the meat of this book. It’s shown in the way she was drawn to her friend Kitty – until she suddenly left Cream’s life. In the way she latched onto Payton, the daddy’s girl who shows her being a stud is her real meal ticket – both professionally and romantically. And when finally she finds unconditional love, she almost runs in the opposite direction. 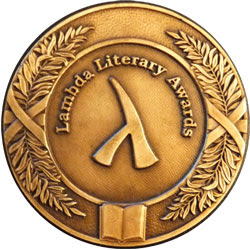 And this realness is what I loved about Cream, both the book and the character. This gullibility Cream owns is not a Mary Sue plot device, it’s a journey Harrell writes so we can take this journey with her main character. You feel as if you’re a newbie right along with her, from Kansas City to Atlanta, and everywhere else in between.

Just the way Cream drops her boxers on the stage, Harrell’s writing leaves it all on the page. There’s very realistic dialogue, the sex is on fire, and Harrell’s voice is loud and clear through Cream without muddying the two voices. Her supporting characters also play a big role in the book, to the point where I thought Cream molded herself to any woman who offered her a hand.

That leads me to my next point that one of the most interesting aspect of Cream hinges on the sexuality of the characters. Though Cream dressed and performed as a stud based on Payton’s advice, it should be noted that Cream sometimes questions defining herself as a stud. Until meeting Payton she wasn’t aware of what a stud was, which at times I did find a skeptical. I could say it was because of her upbringing and her singular focus on survival, but never thinking about who you are sexually was a small part of the book that nagged at me. But her exploration of who she is was genuine.

Cream definitely fulfilled my expectations. The love she found and the book’s conclusion were so fulfilling, and worth the learning curve Cream took to find what I think she was always looking for – whether she could admit it to herself or not.

There’s a reason why Harrell has more than 10 books to her name. I plan to read every one of them.

Tell us about your book, Cream.
Well, in as few words as possible, Cream is simply a story about a woman who learns some hard lessons about love and money, while discovering her identity and sexuality along her journey.

Who is Cream?
I want to say that Cream could be any of us, but she’s just too unique to be categorized. She’s carefree, she makes her own rules, she has tunnel vision, she just is.

One of the things I enjoyed about your novel was it felt as if you put yourself in the head of Cream: being on the stage, discovering her sexuality. How did you create her as a character? Any research involved?
Oh, there was plenty of research (lol). If you noticed, in the novel I mentioned real stud strippers like Face and Juicebox. I watched every video that I could find, but this time for “research,” rather than enjoyment. I watched their moves carefully and their facial expressions. I had to pay attention to costumes and audience reaction. Basically, none of the things I would normally pay attention to. We tend to forget that during the fantasy they create, they are people and they have lives outside of those neon lights. I try to be my characters in my real life when I write them. The people around me get some great entertainment.

Is Cream based on a true person or situations?
Cream is part fiction and part non-fiction. I don’t remember how this person came up, but my ex-partner and I were talking/gossiping like most couples do and she was telling me about a “stud” that lived the same lifestyle as Cream. The little bit that I learned made me want to give her a story. I didn’t know this person myself so I had to fill in the blanks. Literally, all I had to go on was a dancer who danced for both men and women because she was “about her money.

The gist I took away from Cream is that sexuality can’t be defined by roles or labels. Was that your message?
That was definitely one, the biggest one. Roles seem to be a big deal in our community when they really shouldn’t be. If people can read about Cream and accept her the way that she was, then they can accept anyone.

Will you continue Cream’s story?
I thought about it, but if I did that, I’d have to continue so many others. I couldn’t stand the pressure

What’s next for Christiana Harrell?
At the moment, I’m working on the second stud in the “Stud Life Series.” Her name is Magic. There are three others that have to come after her. That should keep me busy for the next two years or so. Hopefully, one of them will get an award. I won’t complain.

Cream was a finalist for a Lambda Literary Award in the Lesbian General Fiction category. Congratulations! How did it feel to be finalist?
Aw man. I literally almost fell out of my chair. The day that I submitted the novel, I honestly did not expect to hear anything back. You’d be surprised how much I doubt myself. Being a finalist definitely gave me confidence, but now I have to top Cream and I’m not sure that’s possible. Either way, I’m happy and humbled for the experience.

Want to know more about Christiana Harrell? Read her Sistahs on the Shelf interview A Sistahs Favorite Things interview.