Revisit with Nikki Rashan, whose latest novel, Cyber Case, finds a couple’s relationship put to the test because of social networking. Read on to learn about Nikki’s new book, her transition to Urban Books, and her own experiences with Internet dating. 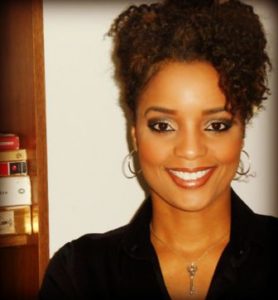 It’s been about five years since your last novel, You Make Me Wanna. Catch us about what you’ve been doing.
The past five years have been pretty fascinating in a variety of ways. As you know, both Double Pleasure Double Pain and its sequel, You Make Me Wanna, were previously self-published. In 2006 I was fortunate to reconnect with author and literary agent, Joylynn Jossel, and under her wing secured a contract with Urban Books, through Kensington Publishing. Both books were republished and although the stories were primarily the same with a few plot additions, I was able to capture the interest of both old readers and a host of new readers as well. It’s been a thrilling process this second time around and much of my time has been spent spreading the word about my books, visiting a few cities and meeting readers.

What’s your newest novel, Cyber Case, about?
Cyber Case is a story that explores the effects social networking can have on a relationship. In this book I’ve introduced two new characters, Melanie and Jovanna, who have built a solid relationship during the time they’ve been together. Life is good for them.  They have a stable home, promising careers (Melanie as a lawyer and Jovanna as a mortgage broker), loving friends, and a cool, calm and steady rhythm in their relationship. And then enters Sunday. Sunday is one of Melanie’s newest clients who also seeks to establish an online friendship with Melanie through a popular social networking site in which both Jovanna and Melanie belong. Jovanna’s questionable eyebrow is raised when Melanie’s behavior becomes peculiar at the mention of Sunday’s name.  In her attempts to uncover the depth of Melanie and Sunday’s relationship, Jovanna finds herself sucked into the tangled web of the virtual world and must decipher what is real and what is imagination.

Have you ever done Internet dating? What’s been your most “interesting” experience?
I really appreciate you asking this question (kidding!). I have dated through the internet many years ago.  This was prior to my Facebook and MySpace days and was through an actual dating site. Yes, I did that… I can say that overall, I didn’t have too many “interesting” experiences and I was pretty fortunate to meet and connect with a few individuals that are still friends to this day.

I asked this question on Twitter the other day with mixed response. In the spirit of your latest book, do you believe Internet flirting is harmless?
I don’t believe it’s harmless. And that may be more of a personality trait than anything. I’ve never been one to casually flirt; if I did there was definite reason and meaning behind it. And for that reason, when I observe flirtatious activities online, I assume it’s real. What may begin as a light and fun exchange can easily become confusing and complex if one or both parties takes the praise to heart. I’m more of a ‘don’t say it unless you mean it’ type person and if I see someone saying the same thing to everyone, I doubt they mean it.

We’ve gone from chat rooms to MySpace and Facebook and to the latest phenomenon known as Twitter. Do you believe that social networking has Internet has helped or complicated people’s romantic relationships?
More often than not, I’ve heard that social networking can complicate a relationship. However, I believe that complications can only arise if there is already room for interruption within the relationship. An online interaction certainly has its benefits. We can connect with old friends and keep in touch with family members that we don’t get to see on a regular basis.  We can share our lives and learn about lives from others all around the world; social networking is an intriguing feature for this reason. And people in committed relationships can certainly participate in online activities when they respect one another and the relationship they have. But. If or when online connections begin to take precedence over what a person has already established at home, there is a problem. Further, I do believe it’s easier for people to ‘fall for’ someone else simply because the access is too great. There are bios, photos, videos, e-mail and instant messaging, all of which provide a seemingly up close and personal look into someone else’s life in ways that were not possible in the past. If a person is lacking something in their relationship, it’s too easy to think they’ve found that missing piece in someone they see and have ‘met’ online.

How has social networking helped you as an author?
By far the greatest benefit has been the ability to spread the word about my writing through just the click of a button. It takes just one friend request or profile view and someone new is now aware of who Nikki Rashan is and the books I have available. Social networking is the best free marketing around.

I see you have a new literary home in Urban Books. How’s the transition from self-publishing to a having an established company’s backing?
I’m truly grateful for having been picked up by Urban Books. The transition, overall, was very smooth. When I announced that my books would be republished under Urban, my existing readership base was very supportive and many went out a purchased the revised editions and provided me with great feedback. And one of the most exciting moments arrived in May, 2008 when a friend sent me a text message and told me that the new cover of Double Pleasure Double Pain was in VIBE magazine. Of course I hopped up and ran to the store to scoop up a copy!

Your twin daughters will be graduating from high school pretty soon. How have they influenced your writing career? Do they read your books?
You’re right; my girls will graduate from high school in 2012. As you can imagine, it’s an exciting time all around. My girls influence my writing career primarily by silently – truly unbeknownst to them – pushing me to do better. I want to succeed in writing not only because I have stories to share, but also to provide a stable and flourishing life for us all. When I am doing what I love, it shows, and that only benefits us as a family. And no, my books are off limits to them until they’re eighteen! Now whether or not they’ve taken a peek inside I’m sure I won’t know until they confess at a later date.

What novels or projects are you working on next?
Right now it’s time for me to dive deep and heavy into my fourth book. I’ve started a new story, though I’m still tossing around a few more ideas. I write from the heart and as soon as the ‘right’ storyline hits me, I’ll know. Other than that, I’m seeking to expand Nikki Rashan outside of the book arena and continue to share and promote positive expressions of same-sex love and relationships. Stay tuned because there is much more to come in that area.

One thought to “Catching Up With…Nikki Rashan”