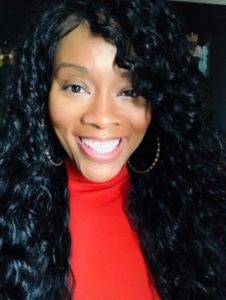 IN TOY’S OWN WORDS…I’m 31 years old, and I live in Baltimore County, Maryland with my lover and our two handsome boys.  I’m an avid DVD collector with hundreds in my collection.  Outside of being with my family, I spend my extra time pouring my heart out on pages, blogging on www.toystyles.blogspot.com, and emailing readers.  I’m a Certified Massage Therapist, but have put that on hold, to dedicate time my time to writing.  Because working for someone else will always be there, even when you’re gone.  But you only get a chance to follow your dreams in your lifetime, once.
Visit me at www.toystyles.com.

How long have you been writing and how did you get started?
I’ve had the love of writing in my heart forever.  But it was forced out, after a failed suicide attempt.  Writing Rainbow Heart, was my way of fighting for my own life, and reaching out to save the lives of others who were/are going through the same things.

Give a brief synopsis of your debut novel, Rainbow Heart.
Thirteen-year-old Evelyn Kelly, the leading character, throws herself into the problems of her friends, and doesn’t realize why at the end of the day, she feels so different.  She has feelings for her best friend May, which are put on hold, while May deals with her own private struggle.  Rainbow Heart surrounds four young girls in the Washington D.C area, and talks about molestation, drug and child abuse, and what goes on in the mind of a child, when she first realizes that she’s gay.

How long did it take you to write your first book?
As I mentioned before, I wrote this novel in an attempt to save my own life and the lives of others.  So at that particular time, I felt a sense of urgency to deliver my message.  I felt if I didn’t get it out then, I never would.  So all in all, Rainbow Heart took me about six months to finish.

What kind of feedback have you received about your novel?
I’ve gotten excellent feedback regarding Rainbow Heart.  When I read my guestbook, I’m amazed at how much people can actually relate to my story.  The reviews on Amazon and Barnes and Noble have been favorable, too.  And I know the negative ones are coming.  But, there are many things I’d like to do over.  With that being said, I’ll always keep Rainbow Heart true to its current form.  My reasoning is because I know I’ll be successful in life, and I believe in myself and have an excellent support system.  So by leaving Rainbow Heart true to it’s current format, I’d be showing other writers who self-publish, that endurance, a good heart, and a good story, can still lead to perfection and to always learn and grow from your mistakes.

Tell us about the Evelyn Kelly, the protagonist of Rainbow Heart.
Evelyn Kelly is a nurturer.  She believes in taking on the problems of others, and avoids her own problems, which manifest within herself.  In turn she tries to mask her problems using alcohol, and later realizes, that she has no control over what her heart decides.  Ultimately she understands that eventually she’ll have to embrace who she is even if it means hurting others.

Was Evelyn a character based on your life?
Evelyn Kelly’s character is definitely based on my life.  We’re the same but we’re different.  Now the Evelyn Kelly in the new book titled Trying to Hide a Rainbow, the sequel, is closer to who I really am today.

Can you give advice to our readers who are struggling with their own sexuality as Evelyn did? Do you think a lot of women can relate to her through your book?
My advice to my readers is to deal with how you’re feeling.  Don’t run away from it because it doesn’t go away.  Embracing who you are doesn’t necessarily mean that you have made a decision to live this lifestyle.  But if you acknowledge your feelings, maybe you can determine why you’re feeling that way.  It could be that you are lesbian or it could be that you have feelings for someone because of how they treat you.  Be strong and remain strong, even when you feel weak.  Because in the end, the only person you have is yourself.  I certainly feel a lot of women can relate to my story because although the book has been out for less than four months, whenever I conduct book signings, I meet someone who expresses that.

What was your own coming out process like?
My process was difficult, hard and tumultuous.

You say that Rainbow Heart is the first in a trilogy about Evelyn Kelly. How far have you gotten with the two sequels?
Trying to Hide a Rainbow is complete and I’m working on a cover to do the book justice.  Journey to the End of a Rainbow is in the process, and is almost complete.

Who are some of your favorite authors? Favorite books?
I have so many!!  Some of them are Wifebeater, My Daughter’s Boyfriend, Fifth Born and Fire and Brimstone.

Where do you see yourself in 10 years?
I see myself heavily involved in suicide prevention, writing more novels and enjoying life through my son, and the happiness I’ll bring to others.

What piece of advice can you share with aspiring writers?
Stay the course!!  Believe in yourself and never give up.  I know it sounds like a cliché, but there’s a reason clichés exist, because they work!  Don’t let anyone make you feel like your story isn’t important, because they‘re liars!!  And remember…dreams will remain dreams, until you make them realities.

Why do you think it’s important for black lesbians to tell our own stories, like you did with Rainbow Heart?
I think it’s important for Lesbians to tell our story to encourage those who are afraid to. I choose to talk about my sexuality to inspire.  But, we’re writers first and lesbians second.  My sexuality doesn’t define my work.  I hope by telling our story, we’ll become more visual in the spotlight and in the end, it won’t matter.  Maybe we’ll get to a point where a good story is a good story, no matter who we’re sleeping with.