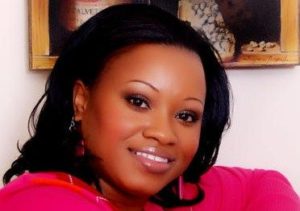 How long have you been writing, and how did you get started?
I’ve been writing for as long as I can remember. It was always a passion. When I was 13, I wrote my first piece of music then eventually advanced to storytelling. Expressing myself through writing is my therapeutic release.

Give a brief synopsis of your debut novel, My Secrets Your Lies.
Brief? Wow! It’s so much going on in this book I’m not sure where to begin. My Secrets Your Lies tells the story of a stud/femme couple who both face challenging issues that will eventually test their relationship and commitment to one another. A series of events take place that will leave Rene and Sand asking themselves, “Is this really worth all the pain?” As secrets and lies get exposed, Rene and Sand learn more about each other than they’ve ever volunteered. And when the smoke appears to be clearing, the plot thickens and Sand and Rene have a whirlwind of new problems to face.

How did the concept of My Secrets come to life?
I was at a stage in my life where, I’ll just say, I let my curiosity get the best of me. LOL! I surrounded myself around friends and family that were in the lifestyle and became infatuated with it. Everybody that I saw that looked like Sand and Rene, I studied them (damn near stalked them) and made myself apart of that life. It was interesting to me, or shall I say, stimulating.

How long did it take you to write My Secrets, and how has the reception been?
It took me a year to complete the project because I was on and off with it. It was a part time hobby that I didn’t take as serious as I do now. When the book first released I had some doubters, I even had questions out the galore. Everybody wanted to know N’Tyse’s story. I’ll save that for another day. Overall, I feel many have welcomed this new genre of fiction with open arms.

Tell us about the relationship between stud Sand and femme Rene?
Their relationship is very unique. Sand appears to be a dominant, overly aggressive stud, but in reality, she’s weak and she does a good job at hiding it. Rene is the opposite. She takes chances, very risky, and she makes excuses to justify her actions. She’s the undercover manipulator.

Do you believe that Rene and Sand’s relationship is typical to the young black lesbian community?
From what I see going on today, it is. But that can be argued because Sand and Rene’s relationship tends to stand out more and attracts attention opposed to femme/femme couples. Those are more easily disguised and discreet, (I think).

Which character do you most resemble: Rene or Sand?
I would have to say Rene.

Sistahs on the Shelf has to ask: Did anything in the book actually happen to you in real life?
Ummm… Ummm… Maybe, maybe not.

I loved the dramatic ending of My Secrets. Do you think Rene and Sand will live happily ever after?
You’ll just have to wait and see. I’m rooting for them!

Filled with tales of street life, urban novels featuring black lesbians seem to be hot right now. Why do you think that is?
Because it’s no longer a hidden society. Many lesbians have come out and made themselves known. They are a part of this world and experience the same things all human beings go through, average and above average. If one person could say they never knew or know a lesbian, I would be shocked — because my first reply would be, “You talking family, friends, or co-workers?” It’s not a secret anymore.

What’s the significance of your pen name, N’Tyse?
N’Tyse stands for Never Tell Your SEcrets. It’s a motto. Secrets are not meant to be told, forget what you heard.

What are you working on next?
The sequel, STUD PRINCESS. Be on the look out. You will also find me parlaying with Zane in her 2009 lesbian anthology release, titled Purple Panties II, Missionary No More. You’ll fall in love with my characters Dolce and Calice in “Caramel Latte.”

What’s a typical day like for you?
All work no play. I’m always on a mission.

What do you do for fun?
Read. Write. (Isn’t that what all us authors say?) I love to catch up on a good movie, go out and have a nice time, just whatever comes to mind. I’m hardly ever bored.

What are your favorite books? Favorite authors?
WOW! There are literally so many. I love R M Johnson (Do You Take This Woman), Zane (Afterburn), Mary Monroe (God Don’t Like Ugly), Fiona Zedde (Bliss), Laurinda D. Brown (Strapped)…the play (Walk Like a Man) awesome! Solomn Jones (The Bridge), Eric J.Dickey (too many to name), TuShonda Whitaker aka Risqué, Lesley Hal,… etc.

Where do you see yourself in 10 years?
Retired from banking and writing full time. I should have at least ten titles under my belt by then.

What motivates you to write?
Family, friends, my characters that won’t stop dancing around in my head.

What piece of advice can you share with aspiring writers?
Never give up. Do your research. Set goals. Find a coach or motivational buddy. Read as much as you can, write even more. Never expect handouts and never settle for less than what you’re worth. Last but not least, there will be a time to shine because there’s room for all of us.

Why do you feel it’s important for black lesbians to share their own stories, as you did with My Secrets Your Lies?
Although My Secrets Your Lies is not a memoir or tell-all book about my life, I do share a few personal experiences that I don’t wish to elaborate on at this time. It is a fiction story but Sand and Rene face many of the same issues that many readers could possibly relate to in one way or another. My aim in writing this was to allow my readers to engage themselves in a life where love has limits and rules. And when those rules get broken, your gamble becomes your friends, your family, and even your lover. It’s about sacrifices, choices, and most of all, being true to you. Everyone has a story to tell. Sand and Rene just happened to share theirs first.

The book can be ordered directly from www.myspace.com/ntyse or amazon.com. Sold nationwide in bookstores near you.