Revisit with Renair Amin, whose latest works, Domestically Cursed: A Story on Partnership Violence and Pit Crew: How to Survive a Spiritual Pit Stop, share her powerful and emotional testimony of surviving in spite of. Read on to learn about Amin’s life as a minister, writer, and life coach, and what she really thinks about being gay and loving God. 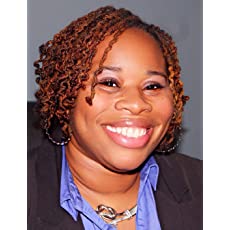 You’ve written two deeply personal books, Pit Crew: How to Survive a Spiritual Pit Stop and Domestically Cursed: A Story on Partnership. How hard was it to write both books? Was there any trepidation in sharing your traumatic experiences with others?
If I had to be honest, it was harder to write Pit Crew than Domestically Cursed.  Although I planned to write Pit Crew, I began it at a time that I was not completely healed. As a matter of fact, it was in the writing of the book that I began to touch on the one thing that I had refused to face – responsibility. For a long time, it had been easier to point the finger, only owning the things where there could be no one else to blame but me.  Domestically Cursed, on the other hand, came out of nowhere. I was on a fast and felt a needing in my Spirit to tell this chapter of my life.  The book just poured out.

The greatest fear came after Pit Crew was released. It was in that moment that I realized that I had given the world a view into my life. In fiction, if the reader doesn’t like the character, the writer is left with ways to improve the profile of the character and its storyline. In non-fiction, the same does not apply. If the character or storyline of the story is criticized—it’s you and your life.

What is the message you hope to impart with Pit Crew and Domestically Cursed?
It is my ultimate desire that people understand that their trials are simply a Spiritual Pit Stop.  It may not feel that way while you are in it but there is an “after.” There are things that affect us, shifting our reality into this place of disbelief or even shock. It makes us question our faith in way unimaginable. It is designed to make us feel unloved, beat down, and left without hope. I just feel that if someone is able to see that somebody made it out, then maybe they will know that they can.  It was Harriet Tubman who said, “I freed thousands of slaves. I could have freed thousands more, if they had known they were slaves.” Respectively, I just people to know that I always reached an after and that they, too, can as well. I am not saying it is easy, but it IS possible.

What is your testimony for those not familiar with your works?
I was adopted when I was young by my great-aunt and uncle.  Very early on, I learned that life doesn’t always make sense. My wake-up call was when I was 8 and came home from school only to be told that my dad, who I had just left that morning, was dead.  There began the shifting. At 12, I was raped and later at the age of 16, I miscarried a child. Already having to deal with all that comes with being a teenager, I dropped out of high school. When I was eighteen, my biological mother, grandmother, sister and brother were murdered.  There are no words that can express what that time was like for me. Having already been a weed smoker, my addiction became worse escalating to cocaine and serious drinking problem. When I finally thought I had it together, I lost another child. Before I knew it, crack became my friend and although I was a “functioning” drug addict, it all came crashing down one day. I had a nervous breakdown and spent 2 weeks in a psychiatric ward, only to come out and reenter for another week. There is so much more in between here – constant breakups, a major move from one city to another, and then one borough to another.  All the while, I was chasing love, acceptance, and purpose. It wasn’t until three years ago that a major downfall (of my own doing) caused a relapse and a total reconstruction of my life.

Many women are caught up in abusive relationships, as portrayed in your book Domestically Cursed. How can women notice the signs of violent relationship?
The signs can look different as there are so many types of abuse: physical, emotional, verbal, sexual, and financial.  There could even be controlling tactics around someone’s orientation like outing them to their family. If you are experiencing a jealous, berating, possessive, physically harmful, or controlling, you may want to reach out to the Domestic Violence Hotline to seek some help, 1-800-942-6906

You’re a minister and a life/relationship coach. What are the biggest issues you see facing women and same-sex couples?
For women, one of the biggest issues, that I see, is low self-esteem. Like I said early, some things shift your reality, causing you begin to think less and less of yourself. Something convinces you that you are not worthy enough, smart enough, deserving enough, etc. When that happens, we begin to live those “truths” attracting and manifesting the very people, places and things that reinforce that belief.  Before we know it, there is a lack of confidence comes causing an insecurity around who we are and how we compare in life. The secret is we are all unique therefore there is no real competition or comparison. Then instead of working on these issues, we just move pieces of who we truly. We have to find a way to remember our worth and that in truth – we are priceless.

The issue I see with same-sex couples is one of great concern. There is an issue around communication that develops.  There is like this period of bliss that does not allow for people to get to know each other beyond the mask. The mask is somewhat like what many call the “representative.” However, I don’t think the words are interchangeable as one suggests that someone sent in someone false. Many times, it is just simply that nothing had really occurred to test the deep-rooted issues that cause emotional responses. Now don’t get me wrong, there is a thing as a representative concept. These are people that falsely try to make themselves appear to be what they are not to get what they believe they could not have if they are honest about their real identity. However, that is even up for debate since sometimes people don’t even know who themselves to even tell you.  Just the same, the mask is different. When it falls off, you are left to decide if this is a person that you can spend your time. Unfortunately for many, it is not. Sadly, this is only discovered after the bags have moved in, families have been notified and the Facebook statuses have been changed. I always ask when things get to that level, where does the “for better or for worse” begin.

Tell us about your company, Spiritual Pit Stop Life Solutions.
SPS is a life and relationship coaching company where I run “LifeStylin with Renair” for individuals and “Reciprocity with Renair” for couples.  I am not a counselor or a therapist, what I am is a life coach – a person that is able to assist people in living life after the pit stop. Through coaching sessions, actions plan, and encouragement, I have had the honor of helping some amazing people get through their season and on to the next. I don’t take it for granted though. I am so thankful that people see me in that light because blesses me as much as it blesses them.

How do you reconcile being gay with your personal faith?
In the Bible, God says to Jeremiah that He knew him in the womb before He formed him. I believe that for myself as well. I believe that God knew everything that would be with me and therefore there are no mistakes when it comes to me.  In regards to my personal faith I see the scripture, “For God so love the WORLD that He gave His only begotten Son that WHOSOEVER believeth in him shall not perish but have everlasting life.”  In those two words, there is no specification and that is where I rest. Since I was raised in a very religious home, I found that I also had to study so I could have an understanding that would allow me to understand who God was to me.

Speaking of pit stops, how does your Pit Crew support you?
At this point in my life, my Pit Crew supports me by being authentically honest, and prayerful.  There is nothing that I cannot take to my circle. At this point in my journey, my circle is very small. Popularity and the need to be connected to everyone and everything, leads to being connected to drama. Ask me how I know.  I have people in my life that when I am going down not only will they lift me up, they will carry me, if necessary. They know just the tools to get me back on the road.

You’re a good storyteller. Will you ever write a novel?
I have actually toyed with the idea, even have a concept in mind but I am truly not sure. I began something but then it silenced so although this may sound strange, I am waiting for the character to start speaking to me again. She probably will once this semester is over.  I have to be honest and tell you that I have a completed manuscript, a mystery, on top of my cabinet that I wrote about ten years ago in an online group.  I have thought about taking it down and looking at it. I remember being told that your first book usually goes unpublished and that is exactly what happened. So we shall see.

What are you working on next?
Next, I will be working on An Imprisoned Mind, which will talk about what happens when we began to become mentally locked away.  I remember being on the floor, balled up being in a fetal position, crying for hours. I couldn’t get the hurt to stop. All I had enough strength to do was pick up the phone, call an ambulance and say, “If you don’t send someone to get me, I will die.”  There are also conversations around another type of book definitely new for me, but I cannot give more information quite yet. Truthfully, there are a few things that I would like to do in the next year outside my writing: finish my undergrad, which I will do in December, get my Master Coaching Certification and apply for graduate school.  Outside of all that, the thing that supersedes everything is my ordination class and studies.

2 thoughts to “Catching Up With…Renair Amin”