Meet This Sistah is your chance to discover more about the authors of newly published books. 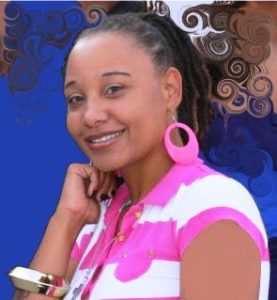 Meet Harmonie Reigns, the sistah who’s written a deftly detailed novel about domestic abuse, Dyring to Live, as well previous books Fantasies, Sex, Lies, & Love… Chronicles of the Heart and Mind and To Love with the Heart.

Books Written: Dying to Live; To Love with the Heart; and Fantasies, Sex, Lies, & Love…   Chronicles of the Heart and Mind

Where You Live: Henderson, NV

Stud, Femme or No Labels: Femme

Your Hobbies: Writing, reading, listening to music, and more WRITING… oh yes and did I mention Candy Crush!

Describe yourself in 5 words or less: Independent, Spiritual, Creative, Intellectual, and Loyal

Your philosophy on life: When life hands you lemons… make lemonade, add a little vodka, and most importantly PRAY!

What are your likes/dislikes: Likes: all shades of purple, anything funny, social events, intelligent conversations… Dislikes: Ignorance

Dying to Live is a book about a tough subject: domestic abuse. What made you tackle this topic?
To sum it up in one word: Life. I looked around me. Having been abused myself, I realized that it happens more often than noticed. If you ask 9 out of 10 people, they have either been abused, knows someone who has been abused, or has abused someone themselves. It’s usually a taboo topic. No one wants to really talk about it. As someone who wants to be a great current writer, I feel it’s my duty to put this out in a way that’s relatable and recognizable. When you use the word “abuse” instinct makes you lean towards the physical, but it’s much deeper than that. The physical aspect of it often comes long after the emotional and mental abuse has been firmly put into place. I feel it’s time we as a public talk about. I hope this book can reach and help many, but even if it only connects with one, it’s a start.

Naomi saw plenty of red flags in the beginning of her relationship with Sheena. Why do you believe women in abusive relationships sometimes ignore the signs or red flags?
Yes, Naomi had many signs, but she didn’t notice them until it was too late. I think that’s because most times we want to believe it’s not a problem, or that it will get better.

The abused begins to make excuses and before you know it they begin to believe the excuses themselves. It could also be because pride takes over and we don’t want family or friends to see us as weak. In some cases, we ignore the signs out of fear of repercussions from speaking out, or of simply being alone. Sometimes the signs are so subtle that we mistake them as love and affection

You also have another novel called To Love with the Heart. What’s it about?
In this book, Antonia, a heterosexual woman, assumes the identity of her identical twin brother, as a favor to him. Easy… until she falls head over heels for the woman he loves. What will happen when he returns? This book is about the heart’s ability to love, regardless of race, gender, or even common sense.

What are you working on next?
I have a couple of projects in the works, with varying subjects from adoption to mystery and also a book of poetry. I haven’t decided in which direction I want to focus.

What inspires you to write?
Writing is my passion, my first love. Sometimes something will just hit me and tug at my heart strings until I write about it.