Revisit with Anondra “Kat” Williams, whose latest book, SistaGirl, embodies the lives of Southern women loving other women. Read on to learn more about SistaGirl and her own personal SistaGirl experiences. 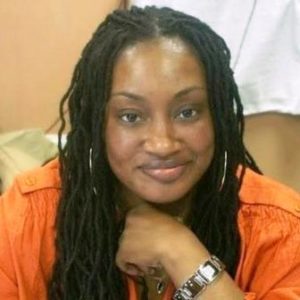 So your new book, SistaGirl, was just released. Tell us what readers can find in SistaGirl.
So many things but mainly I hope they find themselves, their best friend, the women they thought they knew and even the chick down the street. I tried to weave stories that most could relate to on some level. Tales of I’ve been there, heard that, witnessed that and here is my testimony. I kept the stories real, nothing farfetched, over the top but still heart touching, mind bending and emotionally tugging.

One of the themes I took away from SistaGirl is growth. How much has your writing grown since your first book, black girl love.
I think everything in life involves some type of growth and writing is no different. SistaGirl is black girl love is SistaGirl if that makes sense. I took the same people, grew them a little and let them tell their story, their way. No changes in that, though I tried to set more of a scene if you will, gave names and colors where I didn’t before. One of the compliments I got in regards to black girl love was that in every story readers saw things differently and that was because they saw themselves in each character or at least someone they knew. I wanted to continue that in SistaGirl but also give just a little bit more in regards to depth for the characters and the scenarios. The writer in me said, you can’t write only “what” you like to read, give everyone a little bit more.

I loved the assortment of relationships between women in SistaGirl. What was the motivation behind the book?
The title SistaGirl actually came to me after Shades Retreat this past April, from that experience of being surrounded by so many women, each with a different story to tell, a different burden to bear. That thought process tied the stories together for me, not around a central theme per se but around a feeling, a connection.

What’s your favorite SistaGirl moment in your own life?
Great question, can I say all?..lol Growing up in Mississippi I was surrounded by strong black women and life has certainly brought me into contact with many more. Falling in love is a SistaGirl moment, right? Especially when your friends, your sista girls, are happy for you. Getting that job you wanted, heck even that outfit, falling out of love, failing at something…all of these are SistaGirl moments and all of these are in SistaGirl.

Your Shades Retreat, a Georgia-based weekend workshop for Queer Women of Color, will celebrate its 5th year in 2014. Why did you start this project, and how proud are you of what it’s become?
I started Shades Retreat, because I needed it, simple as that. I needed to be surrounded by like minded “positive” women who were looking to empower, grow and change while being open. That’s the huge thing, there, you have to be open to all that Shades offers. At Shades every year we empower, grow and change in some form or fashion, be it via the workshops, an alien (outdoor) environment or most importantly sharing hugs, laughs and tears with grown women who are trying to do more than, better than.

I don’t know if proud is a good word to describe my final thoughts on Shades and where it’s at, where it’s going. Am I excited still every year about the possibilities…yes. Am I thrilled that strangers entrust that I’m going to give them all of me and then some one weekend in April, yes. Do I dream about the women who will meet and become friends, sista girls even after only 48hrs..yes.  I guess proud works in a pinch..lol

Between SistaGirl and Shades Retreat, why is women’s empowerment important to you?
It goes back to my youth, the women who were around me, some not aware that just by making it every day they were empowering me. I saw struggle, strife and hard times overcome by women who just did because they were supposed to. I think they could have done more if given more options, chances, a hand clap every now and then. I try to do that with Shades, plant seeds of “more”, give that hand clap, a hug..acknowledgement that you are doing good and who knows can do better, whatever that might be.

So what’s next for Anondra?
Busy summer! Atlanta Black Pride is coming up and I’ll be presenting/reading at both the In The Life Atlanta Literary Café and The Ladies of Literature event.  In September, I’ll be at BLU (Black Lesbians United) Retreat, presenting and attending.  In October I’ll be at the Atlanta Writers Showcase for Atlanta Pride.

I almost forgot, although I don’t know how could I!! “Purple” from black girl love is being turned into a short film. We will be filming the first weekend in September AND if you are in Atlanta on September 8, come into Charis Books & More, if you want to be an “extra” for a scene we will be filming there. Of course buy a book or two..lol

And last but certainly not least, get ready for Shades Retreat’s 5-year anniversary!! It’s going to be fantastic, outstanding even. We are doing more than before, while still doing the same things that have made Shades into what it is.

Writing wise, my next release will be my first novel Pat Greene in the fall of 2014. A sample is included at the end of SistaGirl. Pat is who you want to be when you are sitting on the front porch telling stories of remember when to hard headed kids  who just don’t get that once you were beautiful, too.