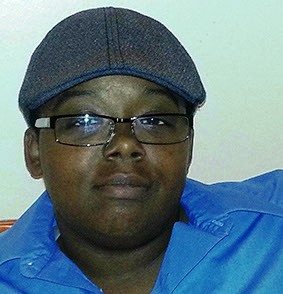 Revisit with Literary Stud, whose latest book, Maxi’s Place (Volume 1), binds up the first three installments (read reviews for Part 1 and Part 2) of the enthralling drama in an establishment that promises a good time to its patrons and a deeper look the lives of the employees. In this interview, Literary Stud talks about her upcoming plans for the series, what character she’s most like and being proud nerd.

Tell us what’s so special about Maxi’s Place – the restaurant and the book.
Maxi’s Place isn’t an actual restaurant. It is a completely imagined venue. Due to the lack of grown and sexy places to go in Dallas, at the time, I created a place I would feel comfortable in. My early twenties were spent slaving in the restaurant and hospitality industry so I’m familiar with the “family” dynamic among the staff. The book is special because of the ensemble of characters and plot. It’s not overused or a circle of friends stumbling through life, searching for answers. Every reader may find a character they relate to or they may have gone through the same situation.

Which character in Maxi’s are you most like?
My fiancée would tell you that every character is me. However, Cole is the most like me out of all of them. I can be a bit direct in my actions or responses and I’m definitely attached to my mother. I’m engaged but I did some skirt-chasing in my single days that proved very insightful. Cole runs her business like I would – with no excuses and watchful of everything. Even though she truly cares about her employees, a lot of people depend on the success of Maxi’s Place.

When and what can we expect in Volume Two?
Volume two will have the next three episodes of the series. Later this year, after I publish the episodes singularly, I’ll combine them into a printed volume by the beginning of 2015.

Maxi’s Place was first published as installments featuring Parts 1-3. What made you go the chapter route in getting your book out there?
I write Maxi’s Place as a dramatic television series would be, in episodes. They are short so it was better to distribute in E-book form. I combined them into a volume only for print. The volume is available as an E-book too.

You describe yourself as a “proud nerd” in your bio. What’s your latest nerd obsession these days?
Yes, I’m a very proud nerd. I have a habit of saying I like to be entertained and educated. Unless I’m reading, my downtime is spent watching the educational channels on history, biographies, and true crime.

So what else do you have coming up bookwise?
I have two more print books for this year: an anthology of short stories and a novel. As far as E-books, Maxi’s Place episodes four through six will be published this year as well. Even though it’s not a book, I’m in the process of producing a web series based on Maxi’s Place. I’ve completed casting calls for the main characters and plan to start filming this summer.