Revisit with Cheril N. Clarke, whose latest novel, Losing Control, combines a passionate romance with the behind-the-scenes drama of a political campaign. Now, Cheril discusses what she’s working on and if there will be a Sadira Cooper reappearance. 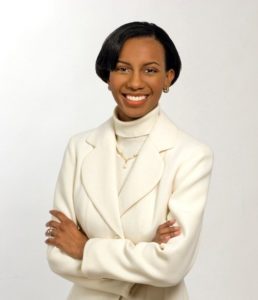 Tell us about your newest novel, Losing Control, which follows Brianna Anderson, the ex of Sadira introduced in Tainted Destiny.
Losing Control, as you mentioned, brings back Brianna Anderson from Tainted Destiny.  It is now about eight years later and she is in the early stages of her career. When we first meet her, we see immediately that she is in an undefined relationship with a man and is struggling with her feelings of loneliness and guilt.  She is also tussling with the pressure of running against a more experienced incumbent in a city known for shady politics even at the lowest level of the city council.  Brianna is smart, has a strong work ethic and has big dreams but all of those assets become weakened when she meets and falls in love with Pamela Thompson, the city treasurer, who is married to a man. Brianna wrestles with keeping this attraction a secret but doesn’t always make the right decision, which threatens to tarnish her charismatic reputation and give a leg up to her opponent who is waiting for Brianna to slip.
There is also a lot more dirt and scandal under the surface that Brianna doesn’t realize until she is completely tangled up in it.  I’ve added more men to this story and I think that dynamic really set this book a part from my others.

Did you always envision a novel with Brianna?
At some point toward the end of writing Tainted Destiny, I became more intrigued with Brianna. She was just a student in Tainted Destiny but her personality was so strong that it made me wonder what would happen to her in the real world when her beliefs and ideologies were put to the test.  From that curiosity, Losing Control was born.

Will Sadira make reappearance?
Sadira does make an appearance in the form of a memory.  That was all I could do with her.  She wears me out.

Brianna sacrifices her passion for women to accomplish her aspirations in politics.  Do you agree with women hiding their sexuality to get ahead in their career?
I do not, but I understand it.  It is very easy to tell others what they should do when you haven’t walked in their shoes.  I believe that for the majority of us the burden of living a lie will one day be too heavy to carry and we will find the strength to live honestly and with pride.  Sometimes that doesn’t happen until later in life.  Sometimes it doesn’t happen until we meet that special someone – you know, the one who makes you feel like superwoman and you can do anything.

I loved Brianna’s passion to improve her community through running for a political office. How do you exhibit your commitment to make a difference?
I volunteer when I can either through the United Way and/or Garden State Equality.  Because I can’t volunteer to every organization that I believe in, I sometimes just give money. I prefer to volunteer or do both, so I can meet the people I’m trying to help. I think it makes a difference.

Speaking of politics, there were several initiatives last year to ban gay marriage, such as California’s Proposition 8 and Florida’s Amendment 2.  As a lesbian recently married, do you ever feel as if gay marriage will become accepted on a national level?
I’m technically in a Civil Union in New Jersey, but I do feel that one day we will get equality on a federal level.  It may not happen soon but if pressure stays on politicians and education is given to our friends and family (this can just be coming out and being visible), we will get equality some day.

Your play, Intimate Chaos, has been successful. Are there plans for any other stage productions?
Thank you.  Although there are no dates set at this time, Intimate Chaos will return to the stage.

What novels or projects are you working on next?
I am currently working on a new novel, Until the Day Breaks, which brings back Melissa and Jasmine who you met in Tainted Destiny.  They lived next door to Sadira and were in a dysfunctional relationship.  This book has been slowly writing itself in my head since about 2002 so I’m happy that I am finally getting the story out.  As with Losing Control, this one will be a departure from my earlier works.  I will be going back in time as opposed to forward, to delve into who Melissa really is, and how she got into her current situation and explore all of the things she does in order to get out of it.  Not only is her relationship with Jasmine dysfunctional, it’s emotionally abusive and Melissa is only 20 years old.
Aside from that book, despite my intention to leave Brianna alone after Losing Control, a part of me already knows that I will be giving her another book in the future.  I have sketchy outlines for at least other six or seven books, three stage plays and one mini-series in my ‘special notebook’ so I’ll be pretty busy for quite a while.  I don’t know what to do with myself when a project is over so I just start another one.

One thought to “Catching Up With…Cheril N. Clarke”